Lead Pipes – Fix or Replace Them Before It Is Too Late

Many Older Areas of San Diego Use Lead Pipes

Many people don’t realize that lead pipes are still used widely in many places in the San Diego such as University City. This article explains why we still have lead in our plumbing and are still using lead pipe.

Why is Lead Pipes Used in Water Pipes and Plumbing?

The answer goes back literally thousands of years to the first plumbing systems, which are named after the word “lead” in Latin, plumbum. Lead piping was used because of its unique ability to resist pinhole leaks, while being soft enough to form into shapes that deliver water efficiently. Lead was used in many other common products as well until scientific advancements in the 20th century demonstrated the element’s toxicity. The plumbing industry voluntarily took significant steps to reduce lead pipes exposure.

Why Lead Pipes in Water Is Still a Concern Today 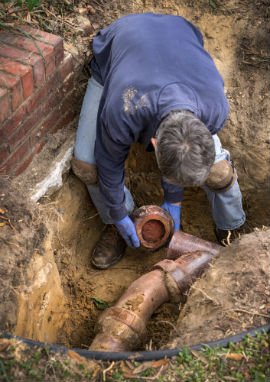 There are a number of reasons why trace amounts of lead pipes can be found in the water supply today:

Read more about lead pipes and plumbing at SafePlumbing.org